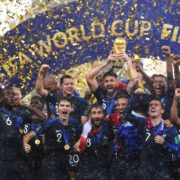 10 Tips to get the most out of your vacation

Awesome! You registered yourself for the Premium Leadership Qualities event successfully.

Please make sure you check your spam inbox so you don’t miss any update re this event.

We will email you all you need to get the best out of this event.

Apply now to see if you qualify.

BOOK HAMID for YOUR EVENT

Fill out the form below: